Check your website's performance
Do you have any questions?
Free audit Contact with us
back

A successful PPC campaign - which recipients should be excluded from it? 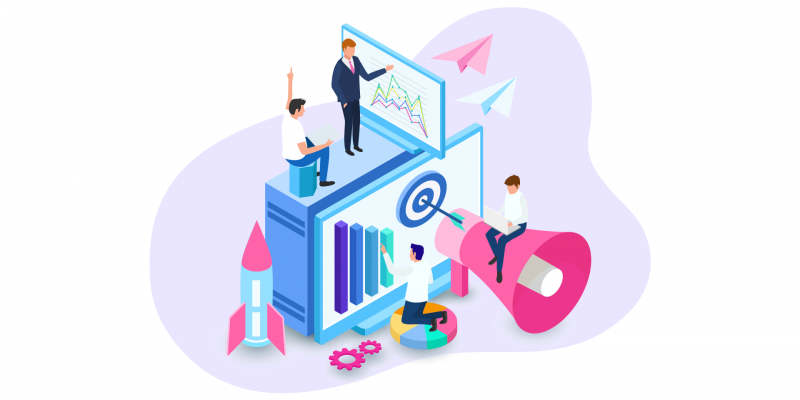 Reaching the right people with a PPC campaign is what can save you a substantial amount of money. Ads that are targeted at the appropriate users have a better chance of generating profits and building a loyal customer base. Fortunately, more and more platforms make it easier to create an effective exclusion strategy according to many factors - interests, demographic data or previously undertaken actions on the site. So what groups should be excluded from a PPC campaign to get the most out of it?

Notorious attacks on your customers with intrusive advertising rarely ends well. Usually, the constant display of the same content is exhausting for the recipients, therefore they decide to distance themselves from the company, and in the worst case, they become annoyed and reluctant. But should you completely exclude your regular customers from your PPC campaign? The answer, unfortunately, is not that simple. First of all, one should consider what is the purpose of specific advertisements. Some of them may be valuable to active consumers, others will be treated as unnecessary. In the second case, both the company (money spent on a campaign that reaches the wrong users) and the customers (time they have to spend on reading, switching off and deselecting the ad) lose. So what form of promotion can be considered useful? It is acknowledged that active observers positively perceive advertisements that inform, for example, about:

The aforementioned content is attractive to regular customers, but will not be valuable to new buyers. The first group already knows the brand, supports the company and reacts to its actions, so it does not need to be encouraged to get to familiarize with the company. It is therefore recommended to create separate PPC campaigns depending on the purpose of the advertisements, who they target and what they intend to achieve.

Exclusion of current customers from PPC campaigns consists of several stages. Firstly, they should be divided into groups. People who buy regularly do not need to see the ads as often as those who do it occasionally. Although both of them will be counted by the platform as regular customers, there is a significant difference between them. To make it visible, you can establish recipients to be excluded according to the data collected when logging in, shopping, or based on the list of people who have subscribed to the newsletter.

Those who have previously taken any action

The strategy to target or exclude users who have converted in the past would also depend on business goals. These do not necessarily have to be customers, but people who have taken any action related to the company, such as filling out a contact form or liking the fan page. Initially, it may seem like it makes sense to display ads to such users, as it may encourage them to shop, but it is not a great idea to devote part of your advertising budget to this group. Why?

It works on a principle similar to that applied to regular customers. Those who are somehow committed to contacting the company are already recipients. The PPC campaign would only work here to confirm what they already know. What could be of interest to them are advertisements that do not duplicate other content. Otherwise, they might feel annoyed and the company would lose the money and reach that it could use for new customers.

The exclusion of this group from the PPC campaign should only take place when they have acted. Then such users can be included again in the strategy, which will, for example, present a new product.

Those included in retargeting

If you are running targeted retargeting campaigns, make sure you don't reach the same people in other campaigns. This configuration allows for both correct data segmentation and delivery of advertisements to the right recipients. Duplicating content is an extraordinary waste of resources and, as already mentioned, can be very annoying and distracting. How to avoid this?

Example. The company is running a Facebook-focused campaign. People who have reached and liked the fanpage thanks to it are included in the redirecting recipients and receive separate messages. Simultaneously, they still belong to the group to which the original campaign was supposed to be addressed. It is therefore necessary to exclude such users from interest-based advertising to avoid duplication.

Those applying for job

Increasingly, companies are using their website as the main source of contact with potential employees. Such approach is convenient and effective both for companies and people looking for employment. However, it can be detrimental to an effective PPC campaign. If job applicants visit the website only to complete a form or find an email to the HR department, it is very unlikely that they will be interested in buying products or services provided by the company. So in this case, it's not worth wasting the expense of retargeting by presenting them with ads.

Nevertheless, how to exclude such recipients? Despite appearances, this is quite a simple task, as long as the website has a separate bookmark, which concerns career and employment. Then you can generally identify these people by building a database based on the URL of a particular subpage. If, on the other hand, the company publishes job advertisements on other sites, redirections from them can also be included in determining the target group of the PPC campaign. You can also track clicks from sites through Google Analytics to determine the recipients to be excluded.

Blogs or other guide sections on the website are an extremely powerful promotional tool. Thanks to them it is possible to reach recipients who have not previously encountered the brand. Often, people who are only looking for information are not interested in investing in specific products or services.

This group also includes customers who already have the product and just want to check, for example, how to handle it properly. They have not entered the site intending to buy - they are looking for help, solutions or advice related to the product. Of course, as in the previous paragraphs, there are some nuances worth taking into account. The fact that currently, someone does not feel the need to buy an item does not mean that they will never do.

Considering this, excluding such groups from PPC campaigns should be extremely delicate. For example, you can remove redirecting recipients based on the URLs associated with the help section or FAQ, and leave those who have visited the blog.

A PPC campaign can be a highly profitable investment, as long as it reaches people who may be interested in the company's offer. Specifically, excluding target groups is a great way to save money, time and other resources that can be used to attract new customers or achieve specific marketing strategy goals.

You will receive the first newsletter soon!

Something went wrong or the form has already been completed.

Control the actions in
marketing

If you have a problem with the amount of valuable traffic - we will deliver it and help with its service.